My goal this year was to beat Bower by the number of downloads. We were able to achieve this goal in November:

These stats don't even measure all the different ways that pnpm may be installed! They only measure the downloads of the pnpm npm package. This year we also added compiled binary versions of pnpm, which are shipped differently.

We collect some unpersonalized stats from our docs using Google Analytics. In 2021, sometimes we had more than 2,000 unique visitors a week. 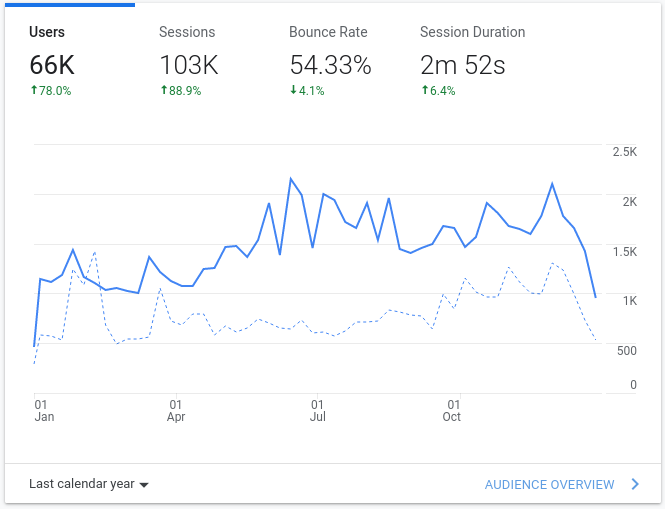 Most of our users are from the United States and China. 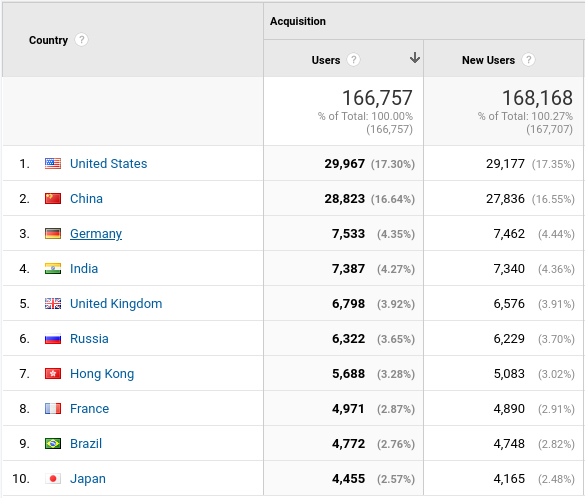 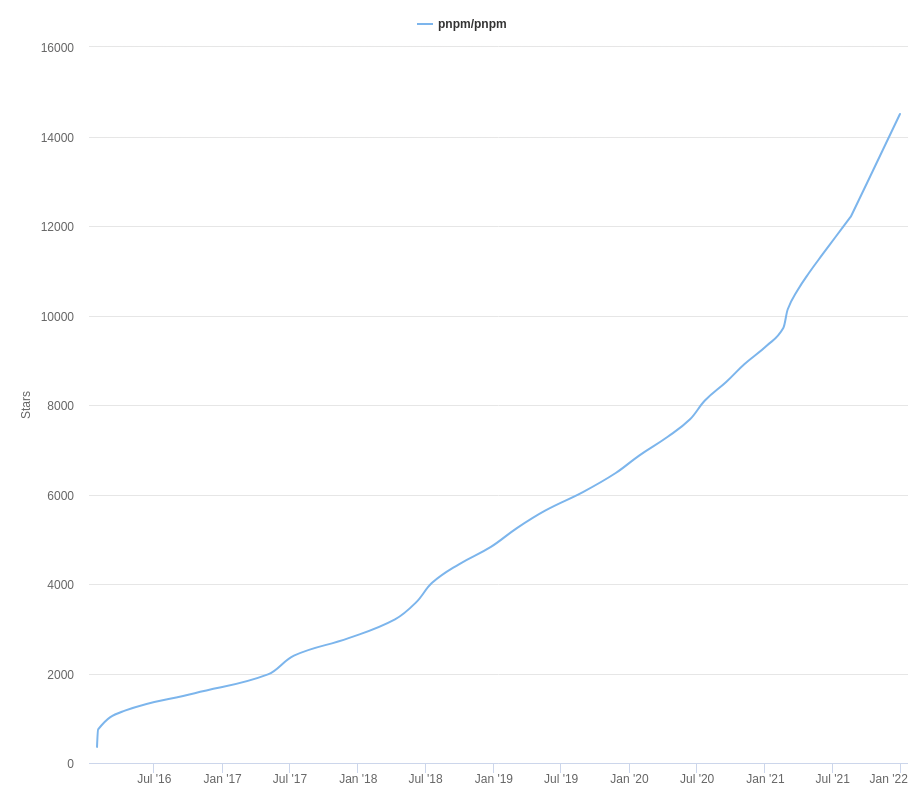 Our biggest new user this year is Bytedance (the company behind TikTok).

Also, many great open-source projects started to use pnpm. Some switched to pnpm because of its great support of monorepos:

Some switched because they like how efficient, fast, and beautiful pnpm is:

One of the first and most important changes this year was the new pnpm-lock.yaml format. This was a breaking change, so we had to release v6. But it was a success. The old lockfile was causing Git conflicts frequently. Since the new format was introduced, we did not receive any complaints about Git conflicts.

We shipped a new command (pnpm env) that allows to manage Node.js versions. So you may use pnpm instead of Node.js version managers like nvm or Volta.

Also, pnpm is shipped as a standalone executable, so you can run it even with no Node.js preinstalled on the system.

You may "inject" a local dependency. By default, local dependencies are symlinked to node_modules but with this new feature you may instruct pnpm to hard link the files of the package instead.

Peer dependency issues used to be printed as plain text and it was hard to understand them. They are now all grouped and printed in a nice hierarchy structure.

Yarn added a pnpm linker in v3.1. So Yarn can create a similar node-modules directory structure to the one that pnpm creates.

Also, the Yarn team plans to implement a content-addressable storage to be more disk space efficient.

Bun written in Zig and Volt written in Rust both claim to be faster than npm/Yarn/pnpm. I did not benchmark these new package managers yet.